The Joys of Being a Dog Foster Family 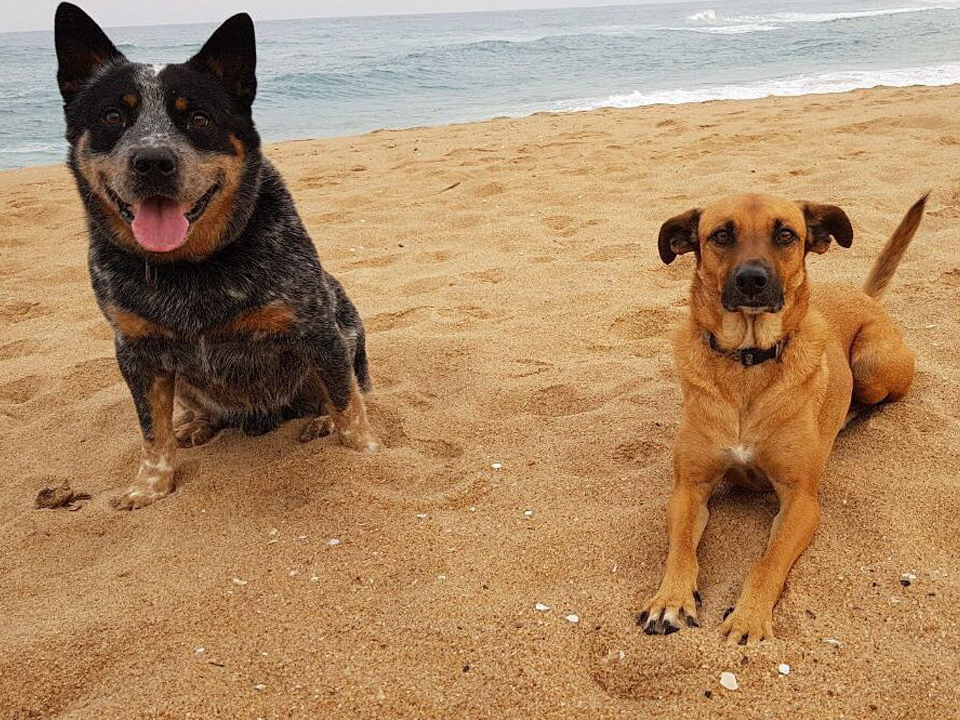 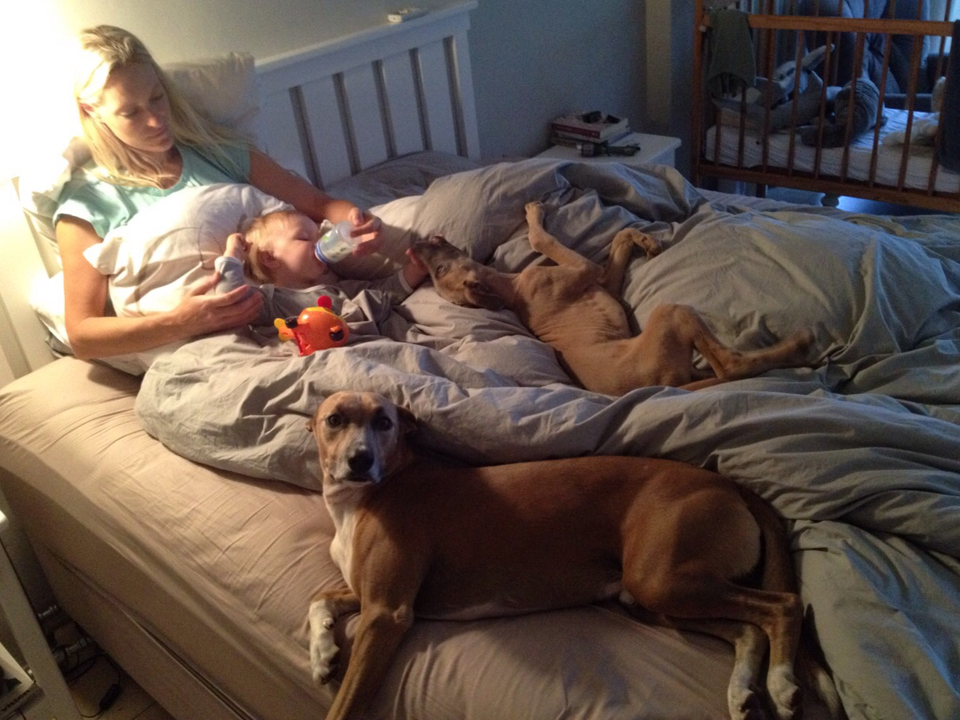 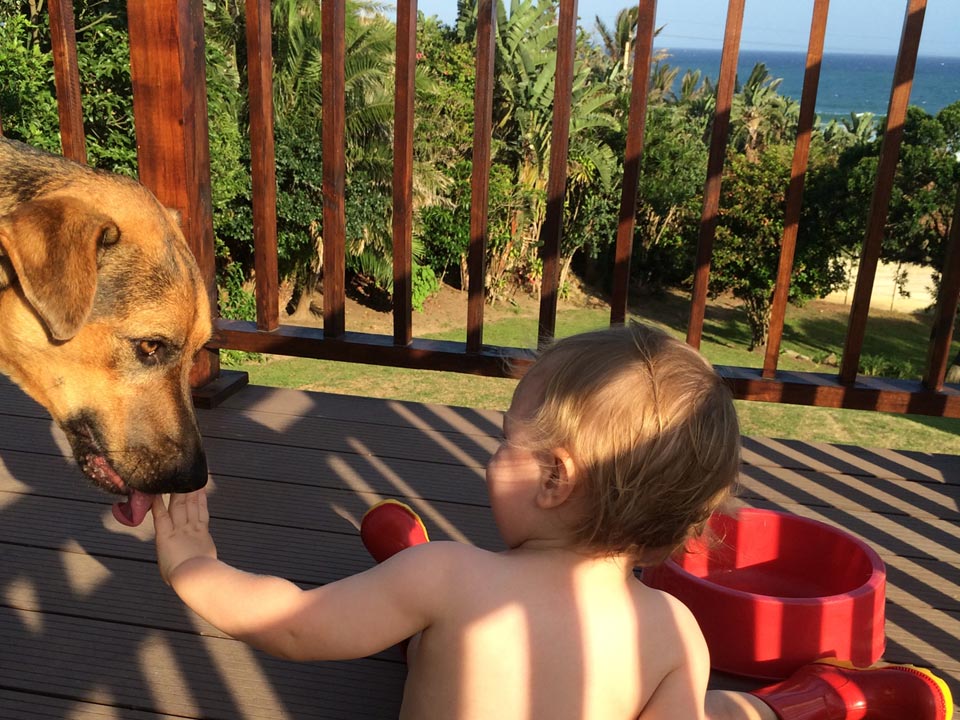 Being a foster family for 4 Paws and a Tale has been one of the most rewarding adventures myself and my family - Rus, Harvey and Kingsley - have ever embarked on!

So far, 15 dogs have been a part of our foster journey of over 5 years; Lucky, Mertle, Toffee, Dixie, Grace, Sunshine, Petal, Rise and Shine. We currently have four fosters in our care – Milo, Bear, Bullet and Buddy- as well as two fosters– Bullet and Ratta – who became permanent members!

People often ask how we are able to part with these precious creatures once they have been brought into our family. The truth is, it’s hard, but the only tears I’ve ever cried are tears of joy, knowing that they have found their forever family.   It’s overwhelming to see these animals who arrive at our home in the most appalling conditions - hairless from mange, burnt, beaten, cut, infested with parasites… the list goes on- leaving us in a healthy condition to live out their days in a wonderful, loving home. Parting ways is emotional, but it’s a happy emotion because we know their struggles are finally over.

Being given the opportunity to play a role in rehabilitating the broken spirits, and sometimes broken bones, of these dogs has truly been a privilege. It has brought us immense joy and each one of them has taught us so much about life, love and hope.

Our fostering experience started with a rather unfortunately-named guy, “Lucky”, whose life didn’t start well. He was chained up with wire growing into his neck and severely neglected for the first years of his life until Lucky found his luck in the form of Nicky from 4 Paws and a Tale. Nicky was able to remove him from these horrendous conditions and give him a chance at a happy life. Lucky re-named Felix, was snapped up quickly and now lives it up in Joburg, even eating biscuits out of his new dad’s mouth!

Our next fosters, Mertle and Toffee, arrived together when my first son, Harvey, was only a few months old. Nicky desperately needed a safe place for them after they had survived some pretty horrific abuse. Meeting the pair was quite a shock because of the injuries inflicted upon them. Mertle’s eye had been gouged out and Toffee had been brutally attacked on the head by someone wielding a hammer! The abuse had, understandably, left them both traumatised.

But, animals are incredible. Our three-dog pack sensed straight away that these girls had gone through a rough time and were extremely gentle and welcoming. Over the coming weeks, we witnessed a complete transformation following surgery to neaten up “winking” Mertle, as well as numerous drains for Toffee’s head. Toffee was left partially brain damaged but as sweet, gentle and eager to please as any of our dogs. Mertle (now Sally) and Toffee have been adopted by gentle, loving families and the updates we receive remind me why we do this!

Pretty but shy Dixie was one of the most frightened dogs I have ever met. I never discovered what she had been through but I’d rather not know. She hid from us for days, eventually warming up to the family and finally becoming a playful member of the pack.  She was adopted by a very patient and loving mom who has taken the time to help her become the most confident lady dog possible.

Grace was abandoned by a family and found living in the bush covered in ticks. She was desperately thin and frightened. But, fortune had found favour with the strikingly beautiful Gracie. She found her mojo and a mom who pampers her so much, we now joke about her as ‘Princess Grace’. HRH accompanies her amazing mom who runs an NGO called Tales of Turning. The organisation empowers mothers residing in townships to bring out the best in their children and Gracie occasionally tags along to encourage empathy towards animals too.

Sunshine could have also been called “Lucky” considering her happy tale. After spending the first two years of her life in a cage, she found freedom in our big garden and was then upgraded a year later to a magnificent front-row beach home with a doting mom who walks her twice a day. Sunshine hasn’t spent a day in the shade since her adoption.

Placid little Petal was homeless from day one, but thanks to an open-hearted family that had just lost one of their treasured dogs, she found her place on the couch - and in the hearts - of her forever home family.

“Mangey” but tenacious pups, Rise and Shine, had been running loose on a main road in search of food for weeks. They arrived at our home scared and starving. After a few short weeks of love and feeding, they were scooped up by another soon-to-be-failed foster mom who decided she simply couldn’t part with them. The girls have beautiful, shiny coats, are absolutely thriving and enjoy sleeping in bed with their new parents.

The transformations we have witnessed - both physically and emotionally - have been incredibly overwhelming. Every single one of these dogs will occupy a special place in our hearts forever. They have taught all of us about resilience, forgiveness, hope and gratitude.  We have discovered the importance of showing compassion and learnt not to turn a blind eye to suffering. In the end, no matter how desperate a situation is, you can always do something. I can honestly say that being a foster family has been even more beneficial to the four of us than it has to any of our furkids!